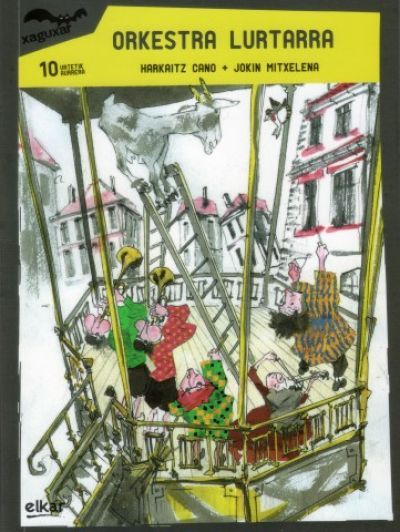 Manu is an outsider musician who has problems finding his place in the world. His instrument of choice is something few would even consider a musical tool: the broom. However, this doesn’t stop him from forming an orchestra that defies all conventions. Its members: the violinist who may stop playing at any point because his armpits itch, the trumpet player rescued from the circus, the countertenor who sells ice cream... In other words, The Earthly Orchestra is a story about creativity, the search for a vocation, friendship and collaboration. It’s a celebration of things and people who are different that suggests that, if we use our imagination, it’s possible to overcome the hardships of life – failures, fears, our own limitations or even the eventual loss of our most dearly beloveds.